That gas management system is a network of gas wells, vacuum piping, and a flare system that burns off gas as it is collected. The system, which is expanded as new areas of the landfill come into use, is part of Sunny Farm’s commitment to environmental health and operational excellence.

As part of the most recent enhancement project, a taller flare – 125-feet high – was installed to replace the existing 42-ft flare and became operational on February 27.  The new flare works along with the rest of the system to reduce the potential for odor migration. These photos show what the new installation looks like up close. 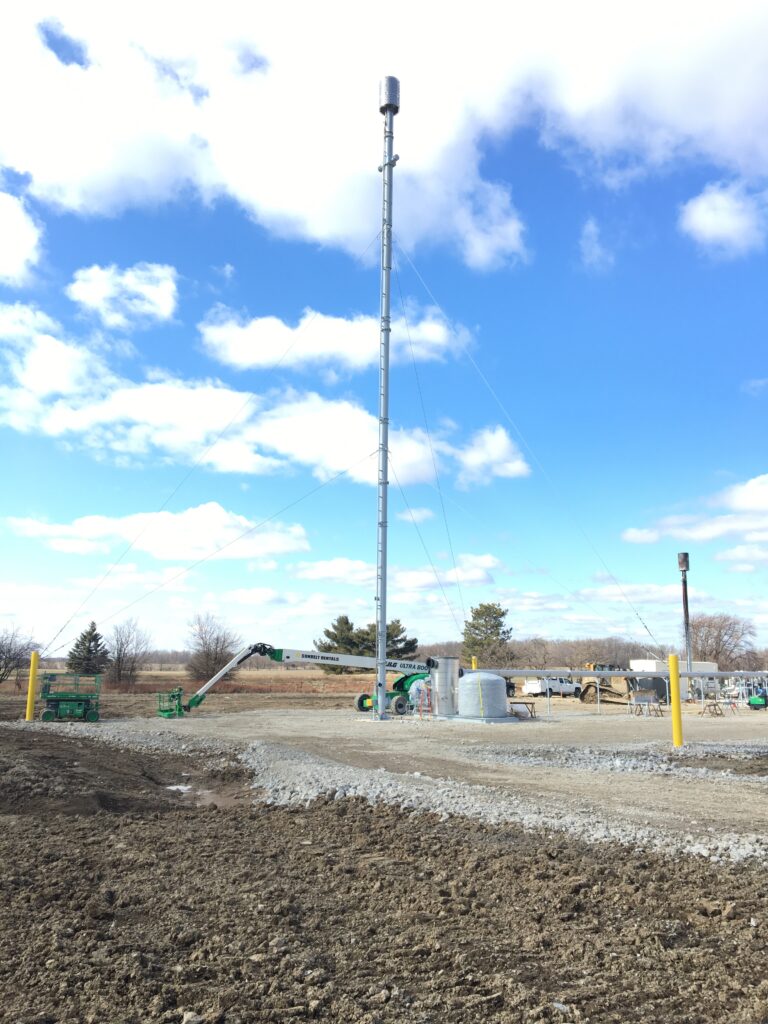 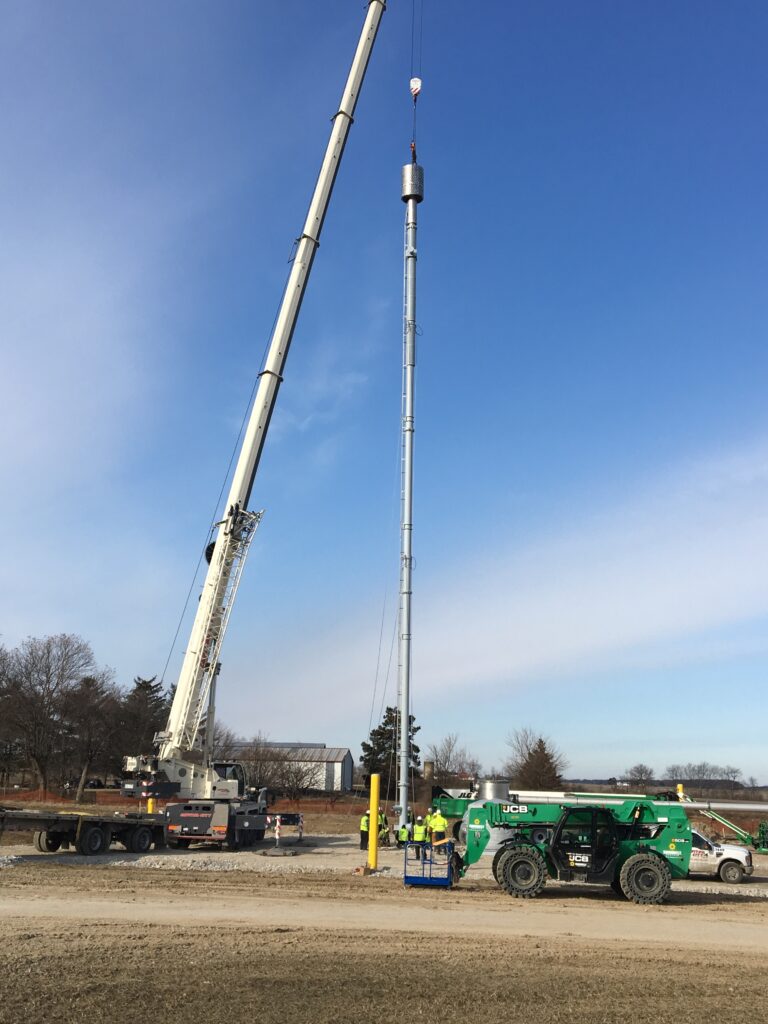 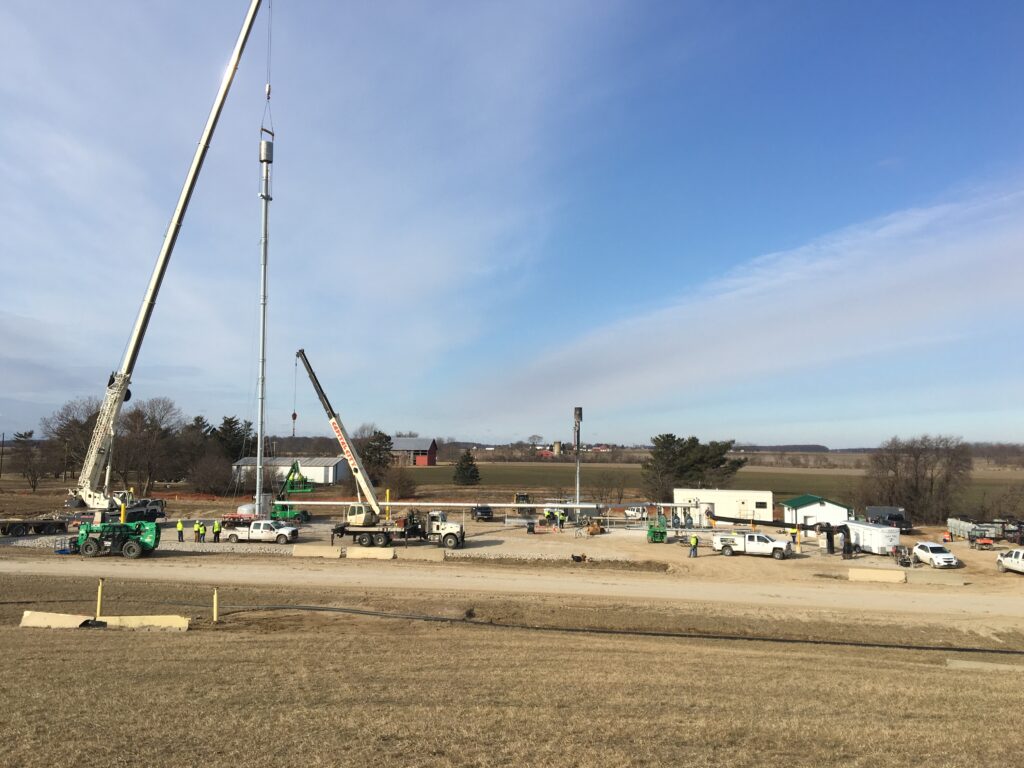